Understanding How Moving and Storage Work Together 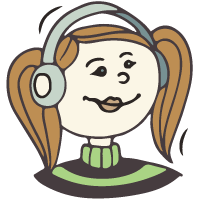 It isn't always easy to understand how to make your relocation as simple as possible, but by getting a storage unit, you can streamline your experience. I started working hard on understanding how moving and storage worked together a few months ago, and I was surprised to see the difference that my efforts made. I realized that by cleaning out my things and moving some items into storage, things were a lot easier to manage. I also realized that moving made it possible for me to take advantage of great opportunities. Check out this blog for more information that will help you every day.

Moving During Summer And Spring: Things To Consider
15 April 2022

A considerable part of a successful long-distance …

Are you planning a move? You googled "local moving …

Some of your household items require special atten …

Finding the right moving company can be a lot easi …

In the United States, there are around 120.5 firearms per 100 residents, although the distribution of these guns can vary quite a bit depending on your state. In any event, there are numerous guns stored in numerous households. But what about when those guns need to be moved to a new household? As a responsible gun owner who is about to move home, you need to be sure that your weapons are moved safely and securely.

Although your guns might be safely stored in your gun safe, they can't necessarily be transported in the safe. Doing this can easily damage them, as they might shift inside the safe during transit. Remove them from the safe, ensuring that they're not loaded. Be sure to check if any bullets remain in the chamber. You'll want to eliminate the possibility of an accidental discharge. The guns should then be placed in a lockable container for transport. Given the nature of the cargo, your moving company might decline to transport your guns (depending on their policy and any applicable legal requirements), so you might need to take the guns in your own vehicle. Be sure to check any laws pertaining to the transport of firearms, especially across state lines.

Is ammunition dangerous on its own? This is a difficult one, with some sources saying no, others saying yes, and some saying yes but only under certain (and rather unlikely) conditions. It's better to be safe than sorry. Just as with your guns, your ammunition should be transported in an appropriate, lockable container. A second container should be used for your ammunition, keeping them separate from your guns.

Given the number of households with guns, residential moving companies will generally know what it takes to transport a gun safe. But it's important that they know ahead of time so they can properly prepare. The weight and general bulk of some gun safes can make transporting the safe logistically complicated, so when booking a moving company, be sure to mention that you have a gun safe, along with some basic details about the safe, such as its size. This allows the moving company to allocate the necessary resources (equipment and the number of staff) to complete the task.

Guns are restricted items, and these restrictions are reflected in the best way to safely and securely move them to your new home.